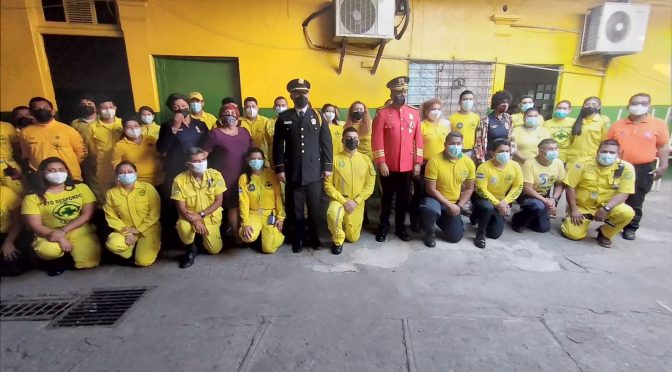 This past November, a group called the Successful Women “Mujeres Exitosas” of New York arrived to help some children in the Eastern part of the country and Comandos de Salvamento acted as the cultural bridge to help them. From that a relationship was born between lieutenant Juan Gutierrez and Captain Nelson Rivas of the New York World Fire Fighter Academy and Ramona Torres y Mayra Rivera,of Mujeres Exitosas.

This has resulted in the New York group to collaborate with the Mission of Comandos de Salvamento in possible future donations of an ambulance and rescue equipment for extrications.

CDS has offered support to El Salvador for over 60 years and looks forward to this new relationship.