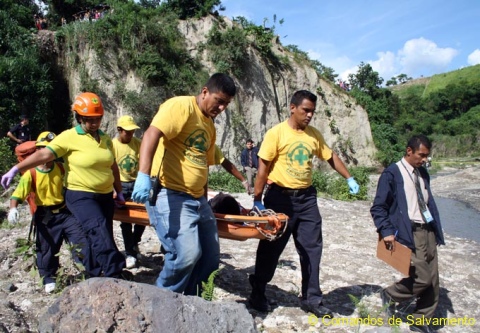 Three people died this Wednesday afternoon July 11th 2012 when their Vipo Bimotor aircraft from the flight school, “Aviación Darnada” crashed. A CDS recovery crew was dispatched immediately to recover one DOA on scene with Medicina Legal. Two others were airlifted to the nearest hospital yet passed away later due to acute injuries sustained. Victims identified were flight instrutor José Miguel Avalos and students José Menjivar Urrutia and Rodrigo Calles. The incident took place at the Las Cañas river next to the colonia El Pepeto III of Soyapango at the end of the 1st Air Brigade runway. Fotos: CDS 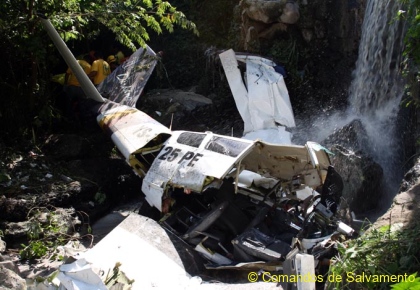