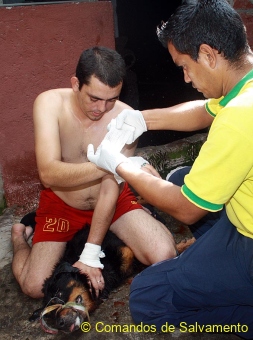 32 yo Raúl Fernandez was held captive by his pet for more than an hour and a half after the dog bit him on both arms. It all started when Fernandez was bathing his dog named “Bull” and started to wash his head. According to Fernandez, Bull did not know who he was, became nervous and started biting both arms. Fernandez launched himself on top of Bull to immobilize him on the porch of his home in Ciudad Delgado but the fear of being attacked again kept him prisoner. A CDS EMS team arrived to stabilize the situation and offered first aid to Fernandez. Bull was turned over to FUNZEL while Fernandez was transported to the Social Security Hospital. 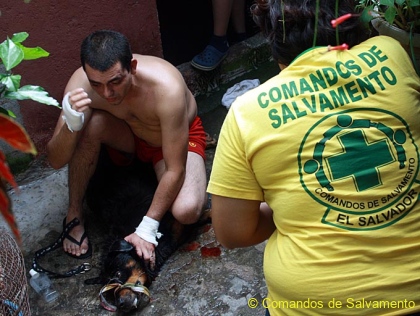