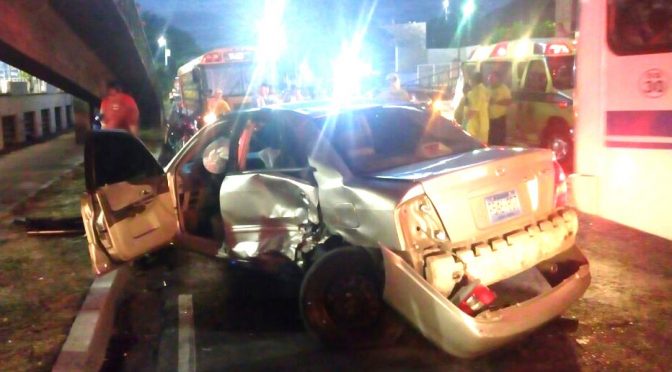 Comandos de Salvamento attended to various emergencies this last Christmas eve that resulted in numerous patients that had to be transferred to higher level of care.

One of the worst accidents attended was along the autopista towards Comalapa when a bus and 18 wheeler crashed leaving 2 DOAs and 5 injured. Meanwhile on the Panamerican highway 2 more people lost their lives during a large MVA and 20 were injured. This involved three separate vehicles involved and one went over a cliff of over 25 meters near Apastepeque in San Vicente. The injured report that they were returning from Rio Sumpul in Chalatenango.

On the highway of Planes de Renderos, a microbus lost control leaving 1 DOA and many injured. The victim was 22yo Griselda Raquel Vasquez. The others injured were immediately transported to Rosales Hospital.

Between December 24th and the 25th of 2017, there were more than 140 MVAs reported to EMS authorities.