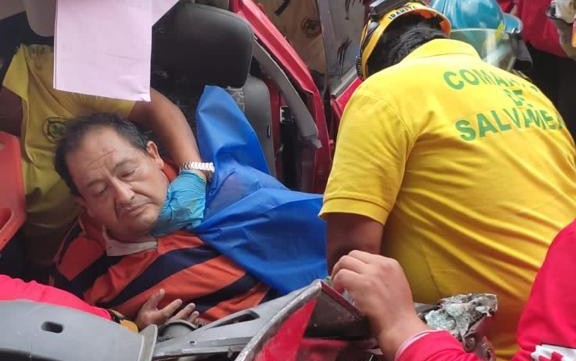 CDS arrived on scene to a female DOA and extricated 2 others that were trapped in a vehicle after it had crashed on the freeway to the International airport.

According to the driver, the passenger that expired had just left Rosales hospital and was heading home to La Paz. He also reported one of the tires had become flat causing loss of control of the vehicle around KM marker 13.

The team used hydraulic equipment to extricate the survivors, then packaged and secured them for transport to higher level of care. Forensic medicine attended to the deceased female.