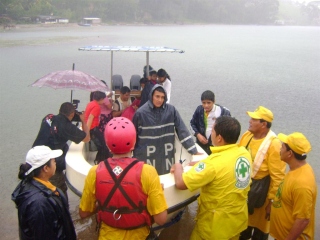 EMS crews from Comandos de Salvamento recently evacuated 26 families composed of 96 people in the small village of Joya Grande de Santiago Texacuangos. They were transferred to the Camilo Campos school for shelter. Later that afternoon the Comandos had to use neighboring roads for the evacuation operation due to the main road to Joya Grande being cut off by flooding 3 miles from the entrance. Many other people were evacuated by the National Civilian Police PNC and Comandos de Salvamento via a Boat owned by POLITUR, the tourism police branch of the PNC. 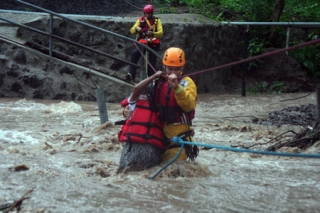