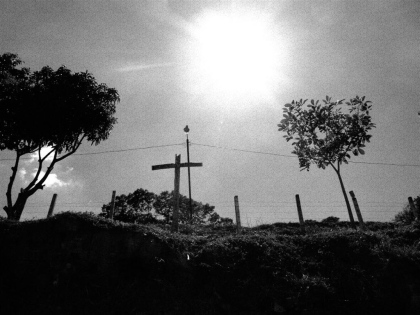 Ten years ago on January 13th 2001, an earthquake in El Salvador caused a mudslide in the neighborhood of Las Colinas on the outskirts of San Salvador. The 7.6 Magnitude hit off the coast of San Miguel. In an instant, tons of mud covered more than 800 homes resulting in over 585 deaths, 193 buried and 125 disappeared. Numerous Search and Rescue groups were  sent to Las Colinas to recover victims. Ten years later, four of these rescuers visited Las Colinas to reflect on the present 10 year anniversary by talking about the rescue operation of the past and the earthquake that robbed the lives of over 900 Salvadorans. 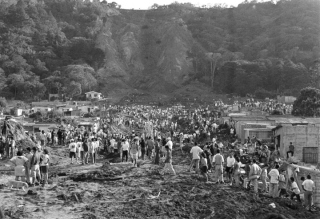 Eíder Andrade, a Comando volunteer for more than 25 years was a member of the delegate base in Ayutuxtepeque when he arrived on  scene. He reports of being most affected by all the deformed cadavers, yet one scene in particular hit him the hardest. He reports,

“I remember being witness to a mother and a father who were on their knees begging to God when we had disclosed to them that we had found their two infants. One of the infants had lost  two hands and the other it’s leg.  Seeing them in such a  state of chaos and emotional upheaval left an imprint on my mind that will never go away. On that day we recovered many others”. 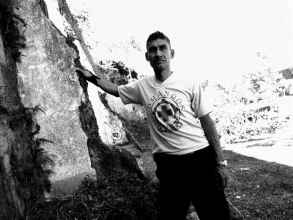 One of the most well known EMS workers of Comandos de Salvamento has been veteran Edgar Jhonny Ramos. Jhonny was one of the few comando rescuers that recovered victims that were still alive. He has turned a rescue helmet he used at the time into a personal icon to the victims.  There were two victims that stand out in his mind and he has written their names on his helmet with the amount of hours buried and the date they were recovered. 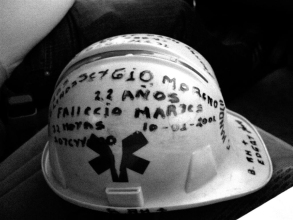 Jhonny states that what affected him the most was when he helped rescue Sergio Moreno, a keyboardist for the famous Salvadoran group, “Grupo Algodón”.  “After we located where Sergio was buried for over 32 hours, we could hear him screaming, ‘Please don’t leave me alone’, so we got him an oxygen line but he was trapped between a wall and his kitchen “pila” sink. We were finally able to extract him but sadly he passed away due to complications after his leg was amputated. He died on January 16th.”  This same day though we were able to rescue another live victim. Her name was Antonia Perez, a twenty year old”. Jhonny’s testimony is here on youtube. 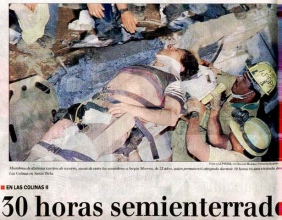 Jhonny reiterates that he was extremely frustrated because there was no crowd control on scene.

“People were coming to visit the zone as if it were Disneyland, taking photos with their cell phones, I begged them to leave because they could be walking on top of people that were buried and still alive- but they would not listen. The same thing happened in the fall of 2009 during Tropical Storm Ida in San Vicente. (Massive Mudslides from the Chinchotepeque volcano). The Army and National Civilian Police need to design a plan too coordinate crowd control during mass disasters. In the future, more disasters are for sure going to hit El Salvador and people need to be thinking more in the victims and less in updating their facebook status with impressive images of a community in pain”. 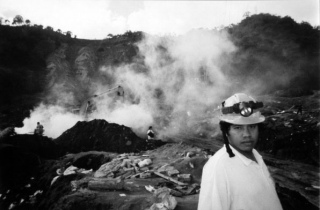 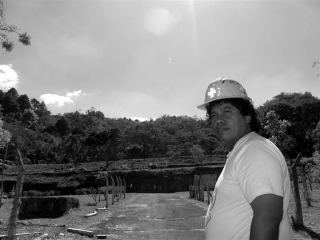 Mark Hoffman, who had been already collaborating with the Central Base of Comandos since 1996 but moved to the states at the time of the disaster had immediately returned knowing what the Comandos would run into. “I knew that this was not another typical “emergencia” for the Comandos, and knowing that they have limited supplies, I gathered up some donations and bought about 30 leather gloves for recovery work. I remember trying to get an extra bag of donations on United Airlines in LAX. They were flexible with this because most of the workers were Salvadoran.  This was before volunteering to help during international disasters was an ‘in style’ thing to do”.

What shocked me the most about Las Colinas was not the cadavers or body parts. It was seeing dolls and stuffed animals, family albums, and children’s books. I also became very angry when I saw unbroken dishes. I thought; ‘how could this child’s body be destroyed, yet next to her a delicate crystal glass unscathed?’ There was also something in the air besides the smell of death. It was as if Angels and the spirits of the dead were watching rescuers and family members.  We were on holy ground and I felt unworthy for even being there. When I got back to work my boss stated that I was fired for not giving notice. I told him I didn’t give a ‘@#!% while thinking in the horror I had witnessed in El Salvador”. 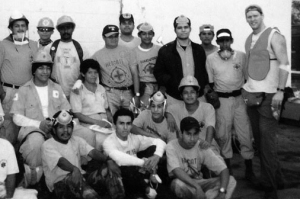 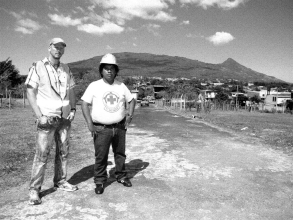 “I remember forensic doctors from medicina legal having to cut off fingers for printing and identification. The bodies were already destroyed and it was easier to work that way. I also recall when I was helping to recover Sergio I was told to report to the provisional morgue that was setup to receive bodies and parts. Someone had found a whole body which was rare. A father was buried with a child. They had found him buried hugging his son. They suspect he was reaching for the door to escape when the mudslide hit. When I saw them, rigamortis had already set in and there was the father still embracing his son to protect him”. “I also recall the forensics team from Medicina Legal cutting off fingertips of body pieces for identification”. 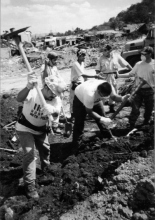 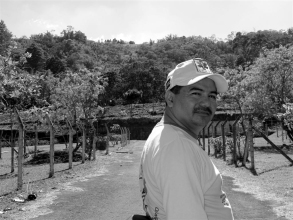 Comandos de Salvamento salutes all of it’s volunteers and other rescue/recovery units such as the Red, Green, and Blue Cross, National Firefighters, Camilleros, Mexican Army, the “Moles” from Distrito Federal that worked alongside family members to recover victims.

Press Photographs of the Earthquake.

Mark also took photos of the Rescue operation as he worked alongside Comandos. 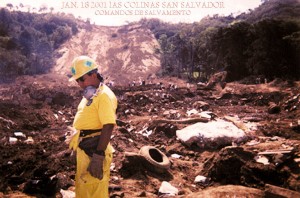 10 years ago, the following webpage was published using photos recovered during operations.

Here it is again. You are not Forgotten.