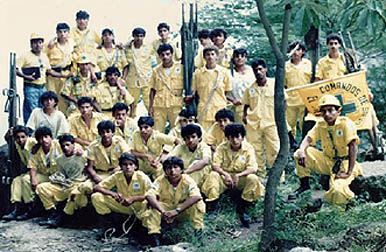 Comandos de Salvamento, an EMS agency with limited resources but with courage and dedication, reports 50 years of humanitarian work in El Salvador that sometimes becomes dangerous because of recurring natural phenomena and criminal violence. Guided by the motto “always neutral“, with their yellow uniforms emblazoned with a green cross, relief workers labor daily to face transit accidents and natural emergencies. caused by natural phenomena. 87% of the country’s  20,742 km2 territory is vulnerable to natural disasters.

“We work with limited resources in a country that faces many health care needs, especially now since the rainy season is starting ,” reports vice president, Carlos Alvarado

“We have the will to serve, but often lack ambulances and professional equipment to offer quality and efficient first aid,” summed up Carlos.

Among the most important tasks of this humanitarian EMS agency, was the earthquake of May 1965. The institution earned it’s stripes during the Hundred Day War between El Salvador and Honduras in July 1969, Hurricane Fifi in 1974,  and the earthquakes of 1986 and 2001.

The courage and spirit of sacrifice of the young members of CDS became apparent in March 1980, when government troops brutally suppressed people attending the funeral of the murdered Archbishop of San Salvador, Oscar Arnulfo Romero.

But no less heroic is the current daily work of these relief workers who face danger and difficulty while attending to assault victims or MVA’s on the weekends, as witnessed by this Associated Foreign Press reporter who accompanied them for several days.

Despite their  noble work, relief workers are also targeted by the violence generated by the maras/gangs and crime. One of the victims of the institution is the 20 year old EMS volunteer  José Antonio Rivas,  who was assassinated on June 11th in Apopa, 12 km north of the capital. 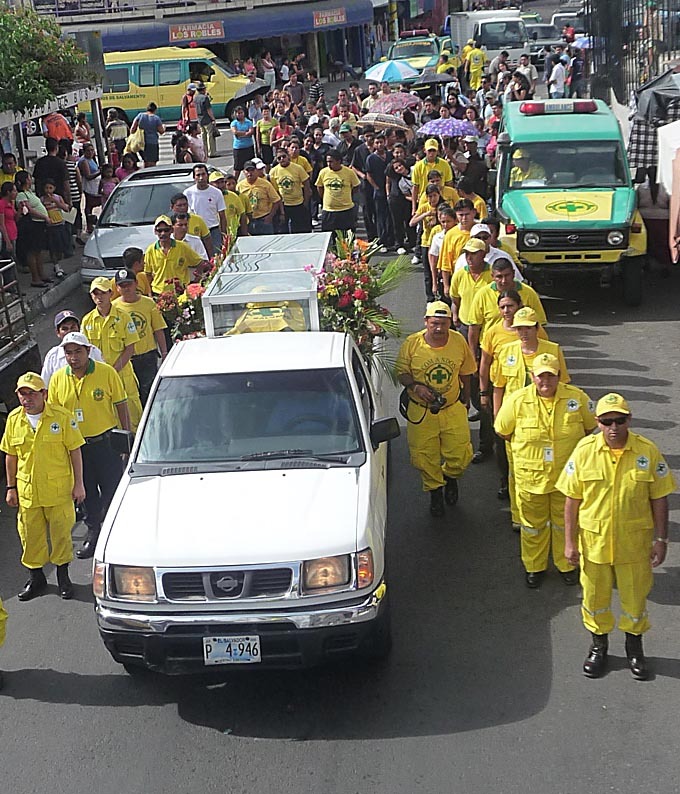 Unlike other service entities, most of the 3,500 “Comando” volunteers receives a shirt with the logo of the institution, but must bear the costs of their main uniform.

“Here most of the young rescuers are from poor communities that often come hitchhiking (transport) in private vehicles,” reports Comando photographer Francisco Campos.

With funding from Norwegian People’s Aid, Comandos de Salvamento managed to create a local book documenting their 50 years of service. It documents the Comandos’ role during the  12 year civil war (1980-1992) waged by the Army against leftist rebels Farabundo Marti National Liberation Front, who currently run the country.

The group receives $ 290,000 annually by the state, which is used for local payments and maintenance of ambulances and to promote assistance/community projects.

2 thoughts on “Comandos in the Associated Foreign Press”