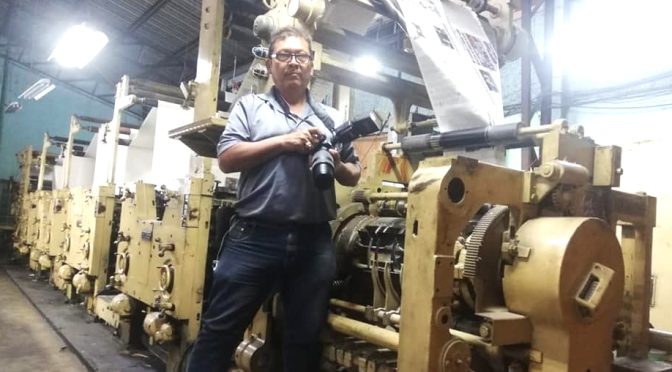 Ricardo Segura Chicas, a dear friend and volunteer of Comandos de Salvamento has passed away.

For decades, Segura, as he was known at our main base, wore the yellow uniform, giving firsthand coverage of accidents and natural disasters as a photojournalist. Leaving his job at Diario Colatino, Ricardo went to the headquarters of the Comandos as a volunteer and lead photographer.

He also took part of our motorcycle EMS response team and carried his camera for these events that included rescues and emergencies.

He hold his work in the highest regards and his service to our institution. He dedicated a good part of his time to the service of the community.

For more than a month, Ricardo presented health problems, for which he was admitted to a national hospital where yesterday afternoon he lost the battle and now rests in peace.

Comandos de Salvamento of El Salvador, are in deep mourning for the death of this great man, who, on International Volunteer Day, was called to the presence of the Lord.

Strength be to his family, friends, colleagues from the national and international press, as well as the volunteer personnel of Comandos de Salvamento, who will miss forever miss his presence.